Sarah Beth's party was the morning after Ryan's (I know...what the heck was I thinking?!). She wanted a butterfly/fairy tea party...so that is what she got.

When the girls arrived, they got to decorate a charger plate (really, just a way to keep them busy while we worked on the next fun part). 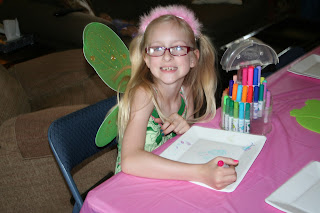 Then, one at a time, I painted their faces with butterflies. Not perfect, but they liked it, and I learned a new skill. 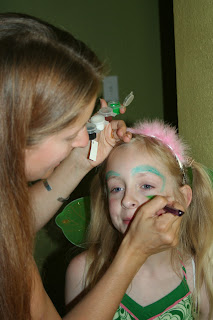 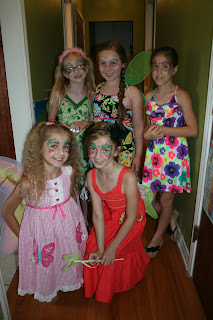 The girls got to make a craft. We started with pipe cleaner and tissue paper butterflies. After that, they made up their own crafts. 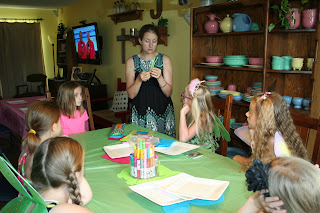 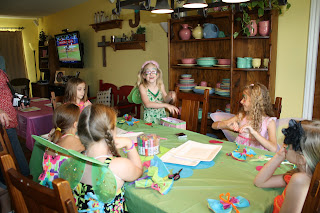 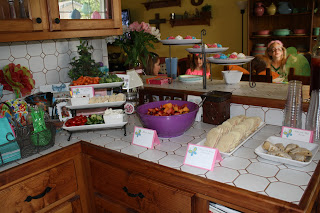 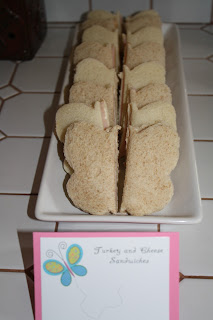 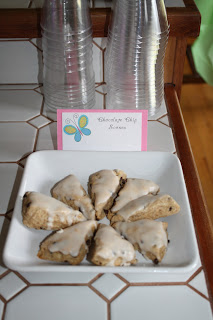 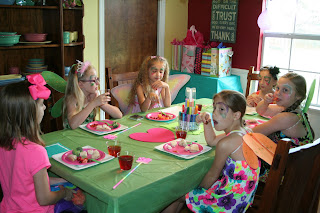 After lunch, we had mini cupcakes, perfect for a tea (although not so perfect for 8 candles). 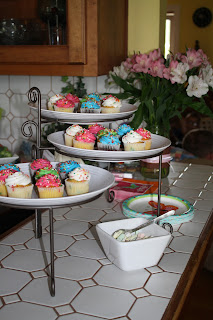 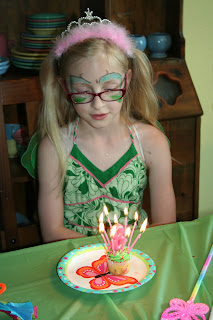 The kids' birthdays are a week apart in July, but we try to have their party early so more of their school friends can come. This year, we sent home the invites the last week of school and had the party the first week in June. 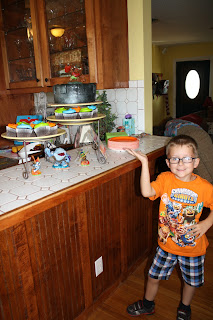 For Ryan, that meant a Skylander party. He's obsessed with the game. I'm really happy with the way the party turned out. 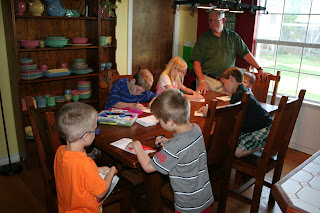 When his friends got here, we had them decorate a treasure bag for all the trinkets they'd win with the games. We had a game/activity for each of the 8 elements in the video game. Each game had its own prize. 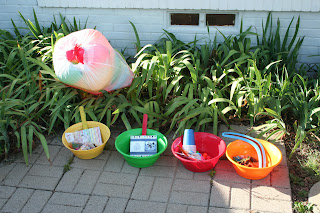 The games
1. Earth: Dino-Rang's Boomerang Throw. The kids threw a boomerang at a stack of paper party cups (chompies). 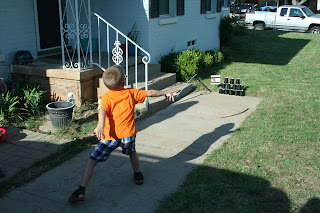 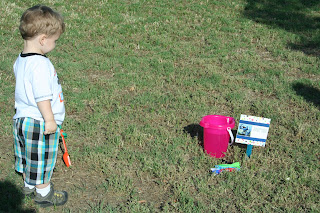 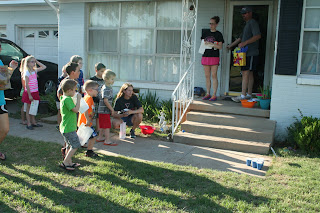 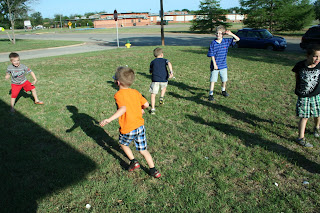 5. Air: Swarm's Balloon Sting. The kids formed two teams and had a relay race where they each had to "sting" a balloon and pop it. 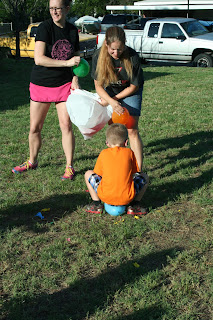 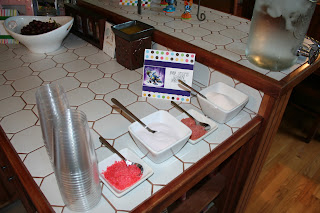 I'm pretty pleased with the cake. I ordered a round cake with a thin layer of buttercream icing from United. Then I bought premade black fondant. I rolled it out and made the outer layer of the portal from the game. To give it the rock look, I used silver spray food coloring sprayed on a squished up paper towel to give it the mottled look I wanted. 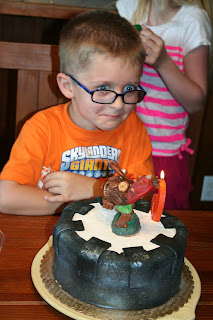 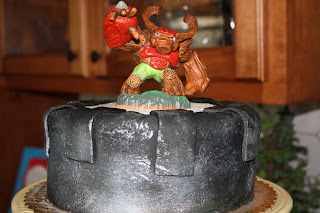 1. I do not know what possessed me to have both kids' birthday parties at our house a week after school got out...and to have them on two consecutive days. Well, actually, I do know. With late summer birthdays, we like to be able to invite their school friends. And we didn't want to take up two separate weekends with the parties. But it has been a crazy week of busy-ness already even without the prep work. However, the parties are shaping up to be cute and fun.

2. It's summer! I thought they craziness would slow down, but it just transforms into a different kind. We've got library story times, special library events, summer movies, summer track, camps, reading programs, VBS and a lot of fun stuff at home planned. It really never slows down, does it?

3. Because it's summer, I'm trying to be focused with a lot of what we do. One of the things we are doing is this Around the World in 60 Days activity I found in Thriving Family magazine. I found a large wall map with velcro tags/animals/labels on clearance at Walmart and it's up in our hallway. Each day we learn a little about a new country, read a Bible verse, and do a simple activity. It's a fun way for the kids to learn something new while reinforcing our faith.
Posted by Christy J at 6:00 AM 1 comment:

Last 5 by the 5th (and National Running Day!)

I ran a 5k Monday on the treadmill, just in case I wasn't able to get 5 miles in before the 5th of June. However, Wednesday, my sister, sister-in-law and I were able to meet up at 6:30 in the morning at the "lake" at our local university. It's really more of a pond :)

It was already 75 degrees and very humid, but we had a good run. I had really wanted to beat last month's time of 43:xx, but that didn't happen. I'm really struggling with the speed again here lately (and yes, I know I need to get back into my strength training). Still we came in under 50, so I'm ok with that

We didn't take a good picture of us (you know, one with our faces in the picture) before, and there was no way I was going to take one after...my face was super red! 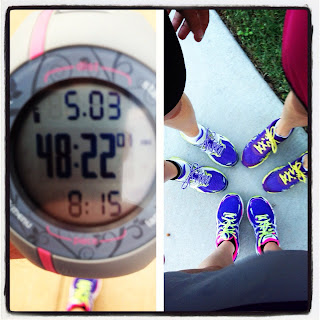 It was also National Running Day, so it was perfect for a run together...good run, good conversations, good times...that's what running is all about :)